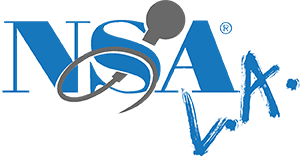 You are purchasing the recording of this event. Click here to register to attend in-person.

What it Really Takes to Succeed in the Speaking Business

You want more, right? More money, more time, and more quality of life… maybe not in that order. You want more confidence that no matter what happens in the markets, the economy, or the world that you can still achieve your goals, yes? Of course, who doesn’t?

The answers, more or less, may be closer than you think.

Bill Bachrach CSP, CPAE is coming to Los Angeles to talk about “What it REALLY takes to succeed in this business as a speaker, author, trainer, consultant, and / or coach.”

You will get 3 things:

In case you don’t much about Bill… Bill Bachrach CSP, CPAE is a 33-year NSA member and has been a frequent presenter at Winter Conferences and National Conventions – Influence, usually speaking about business growth. Bill’s niche is the financial services industry and he has done pretty much everything an NSA member might want to do: speaker, author, trainer, coach, and consultant. 1,500+ speeches, best-selling books, learning systems, open enrollment workshops (live and virtual), high-end coaching programs ($240,000 tuition / person), and more.

In 2016 he pivoted and went all-in on the online membership / subscription business. AdvisorRoadmap is basically “Netflix for Financial Advisor Success Training.” Several years ago he shuttered the big office, scaled down staff, and is now fully virtual with 3 employees + himself.

Bill often says, “everything I learned about succeeding in this business I learned from NSA or from an NSA member.”

Bill got his CSP in 1998, CPAE in 2009, has been a member of Speakers Roundtable since 2005, Chaired the CPAE Leadership Council, co-created the Million-Dollar Speaker group (at the request of the then NSA CEO and President) and chaired the first meeting. He was a 2x Presidential appointee to the NSA National Board (2019 Dan Thurmon & 2020 Anna Liotta), is a current member of the National NSA Board, received the 2020 President’s award for Distinguished Service, and led the team that created the NSA Digital Vault. He serves on the Finance Committee, the Executive Committee, and hosts the “Building a Sell-able Business” Digital Vault Series.

Bill has been married for 25 years to Anne, who helped build their business. They live in La Jolla, CA. No kids. Love animals. Only one cat at the moment, an 18- year-old Siamese Lynx Point (Samantha) who rules their lives. He’s an avid snow skier, road cyclist, and recently became a born-again golfer.

Log in to take advantage of your member discount!

This item is discounted for members. Log in to claim it!
Returning customer? Click here to login